“Do you know that it took over 40 years for the electric engine to replace steam engines on textile production lines?” In my daily conversation with my collaborators, just last week, one of them hit me with this statement. At a first glance this might not sound related to the job I do, and also not very familiar with the digital era, where we believe everything moves at the speed of light.

But speed is relative, as we all learned at school. 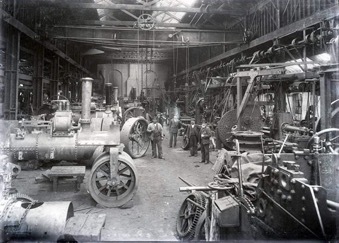 So why it took so long to deploy a new technology, far cheaper and more reliable than the old-fashioned steam engine, with a probably higher upfront cost but with a fraction of operational cost and maintenance compare to the old-fashioned Watt’s application?

Well... it’s quite simple… it worked with steam!

Production lines equipped with steam engines were profitable. Pure and simple. The marketplace was at that time absorbing easily any surplus, and profitability was purely a matter of optimization of the existing processes, supplier relationships, or more likely squeezing more hours out of cheap workforce.

But in a nutshell steam engine made money.

Although it was clear that a big bright optimal electrical future state could have been reached by investing in reducing the “technical debt”, there was no compelling need.   Cashflows continue to be positive in a business made of established relationships and processes.

Businesses, today or during the industrial revolution, think only about “now”. There is no other reality except for “now.” Concepts like “sustainable growth” or “improved efficiency” or “future benefits” tend to be abstract, often used to create confidence in execution plans, but they very rarely constitute real drivers for business transformation. Real change can wait; what really matters is “now”.

Of course, if we have to build a new factory, we will consider the deployment of more efficient way of producing goods, but in regards to the existing capital investments, as long as they make money and they can be optimized negotiating a cheaper coal deal, or increasing shifts by 30 min with no pay rise, no way we are going to spend such an amount of money just to refurbish a factory. Habits sediment and settle and become traditions. And profitable traditions are very hard to change.

Tradition was, and still is, a comfort zone.

So, what happened?  Well, finally the killer application for textile production was deployed: the automated assembly line.  And steam doesn’t scale like electricity does!

In steam powered infrastructure, all the heavy machineries need to be in proximity of the main engine, because steam has a very high dispersion rate. More distant you are from the main steam chamber, less power you have.  But assembly lines allow you to increase production by a factor of 1000 compared to traditional factory operating model, and the market absorbs 1000 times more goods, especially if at a lower unit price! And electricity, especially if distributed with Alternate Current, has zero dispersion… 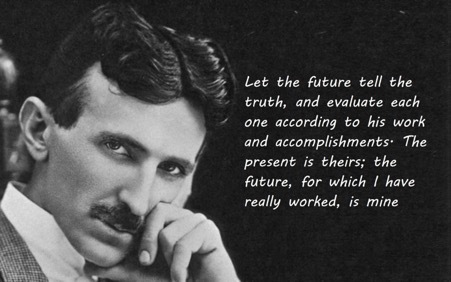 The killer app for factory production was deployed, which meant that the “now” was at serious risk. Long term efficiencies, cost savings, transformation were collapsed into the real word that business understand: now.

So how is this story relevant for an Enterprise Architect?

Since I called myself an Enterprise Architect, I spent almost all my time focusing on what we should change now to accommodate what’s likely to happen tomorrow. And most of my message has been around things like “sustainable growth” or “long term efficiency”. In other words: invest now to feel better tomorrow.

Such message clashes head-on with the immediate needs of organizations that have in the steam engine their main way of producing revenue. And steam engines are everywhere.

But what is tomorrow? How do you materialize what’s happening next and bring it real and tangible in present times?

The steam engine story really made me think. It’s going to be hard in modern business to shift the mindset from “now” to “tomorrow”. It’s much easier to change the transformation message to accommodate the demand.

How is it possible then to change the conversation and bring the tomorrow into now? How can Architecture foster a long-term vision but at the same time meet the unspoken need of immediate results?

Well, there is no silver bullet for this problem. But some guidelines and common behaviours can be identified and addressed.

Watch out for the killer app:

In the digital world everything happens faster. And the killer app is around the corner.  Every industry will have the its own and every Enterprise Architect should carefully think about what it will be in their sector. And be aware that rolling it out will take much less than 40 years.

Most of the analyst are now talking about three key characteristics for business success for the digital customer centric economy:

And the killer competitive advantage will be in the hands of the organizations that can do those 3 things at the speed of light: 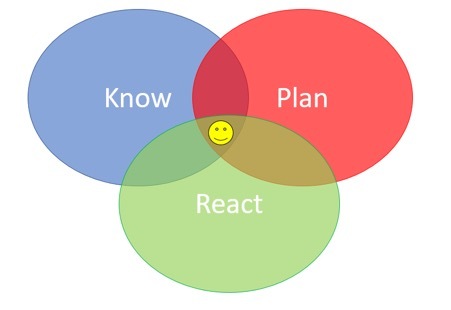 Digital companies are investing heavily in data to know their customer and capture their needs. Most of the planning procedures can be revamped and brushed with a new coat of paint and ultimately do the job. But the “react” factor still remains on the critical path for companies that have not invested in decommissioning legacy. Gearing up talented teams focused on delivery can create often an illusional boost of speed, frequently challenged by real global product rollout at scale, where the heavy baggage of legacy becomes very soon unsustainable.

Map your estate, think about your killer app and create a sense of urgency on the roadblocks that can prevent your enterprise to adopt your version of the automated assembly line.

Be aware of the “hero syndrome” and the “feed the beast” approach:

Legacy is comfort, because legacy means focus on efficiency, not change. And change is the real source discomfort, for people as well as organizations.

When we talk about legacy, either in process or technology, most of the organization have created a love/hate relationship with it, allowing people to comfortably manage it for the sake of their own relevance. Long nights solving problems, endless discussions around how to optimize what we have, sceptical attitude towards new paradigms are on one side a good reason to complain on how hard life is in the era of the digital economy, but at the same time a good source of comfort because they reaffirm the need of stratified knowledge accumulated over the years to be able to address it. This is what I like to call the “hero syndrome”.

Such view of the world often translates in a capital investment pattern focused on optimization and efficiency, that often leads companies to invest in what they can do, not what they really should do: the “feed the beast” approach. Investments focus too often on existing capabilities in the hope that such capabilities will turn the ship in a completely different direction, towards new unexplored territories. Innovation requires focused attention on things that can prevent enterprise transformation to scale now, immediately. Roadmaps, to be effective, should start from this perspective.

Very often complexity reveals itself when you address processes end to end. And more global is an organization, more likely is that legacy expresses itself in country specific technologies, processes and mindset.

Architecture should square the knot with product management, ensuring that initiatives and roll out plans are addressing end to end measurable outcomes and performance; for example, if you are deploying a new mobile feature to access a newly developed capability, focus immediately on getting right the end to end flow in a specific country, or a specific market, from inventory browsing to fulfilment, invoicing and post servicing, rather than focusing excessively on global rollout; this is to ensure that all the challenges of dealing with localized legacy and traditions, often buried in back office capabilities, are flashed out, assessed, planned and managed appropriately.

Bringing an audience in a journey of transformation is a difficult task. And people rarely follow an idea just because it’s logic or make sense. They follow it when they can identify themselves and their perception of reality into it.

Influence skills are fundamental for an effective Enterprise Architecture practice, to identify what stakeholders really care about, and how to identify the roadblocks and business issues that require immediate attention to solve the engine conundrum in the digital economy.

The electric engine is there, now; we need to find a good reason to start using it, now.​